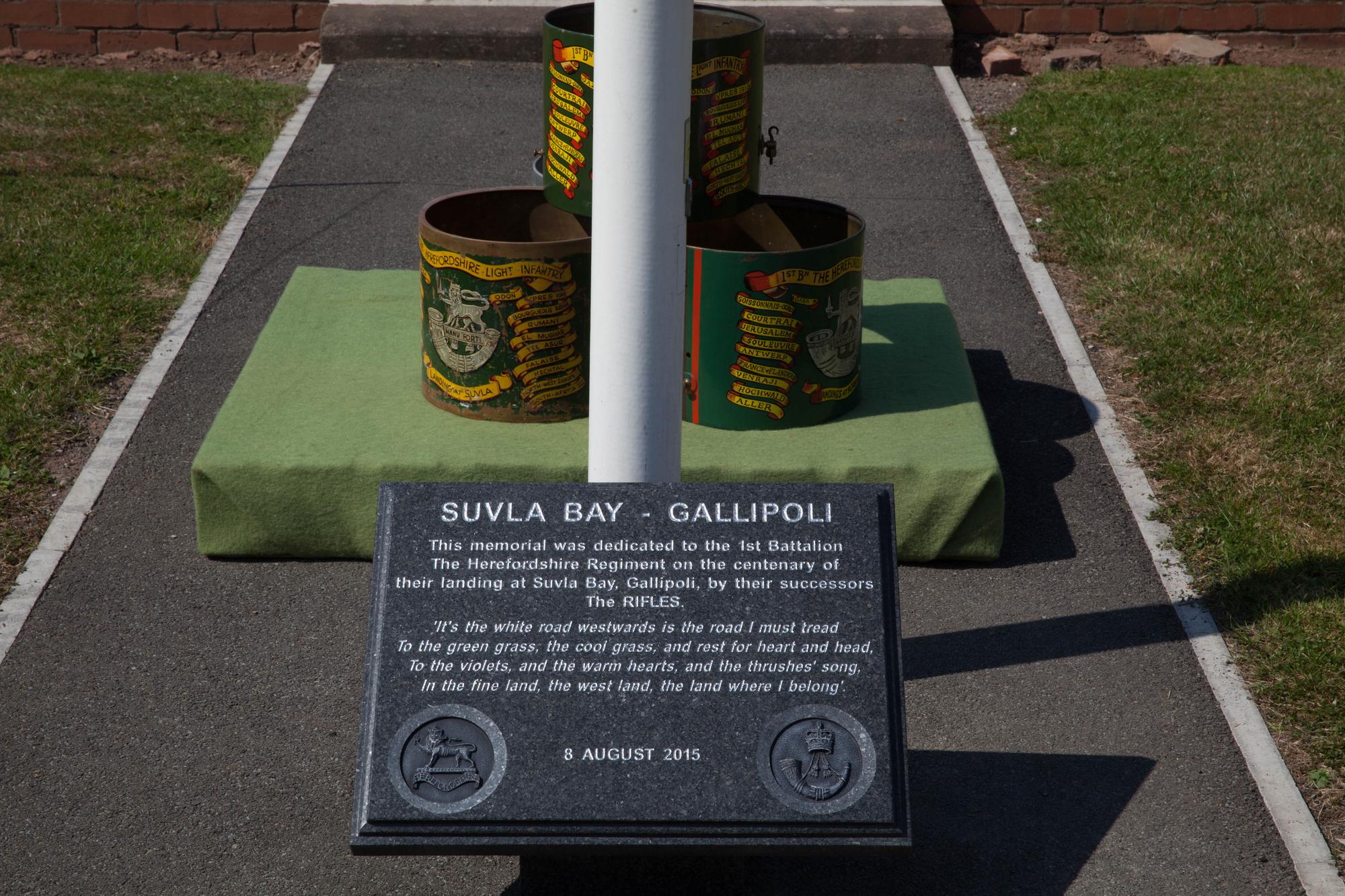 Memorials exist to the Herefordshire Regiment, and individuals that served in it throughout the world and the country but primarily in the County. Casualties are named on local War memorials and are remembered in the Regiments Remembrance Book housed in Hereford Cathedral; they are also named on Memorial Panels housed in the Drill Hall at Suvla Barracks.

The war graves of those buried on the former battlefields are maintained by the Commonwealth War Graves Commission (CWGC) and are all in beautiful condition. The individually named (where the name is known) headstones are over looked by the Cross of Sacrifice.

The names of First World War Herefordshire Regiment soldiers with no known grave are engraved on memorials at: Cape Helles, Jerusalem, Menin Gate and the Somme.