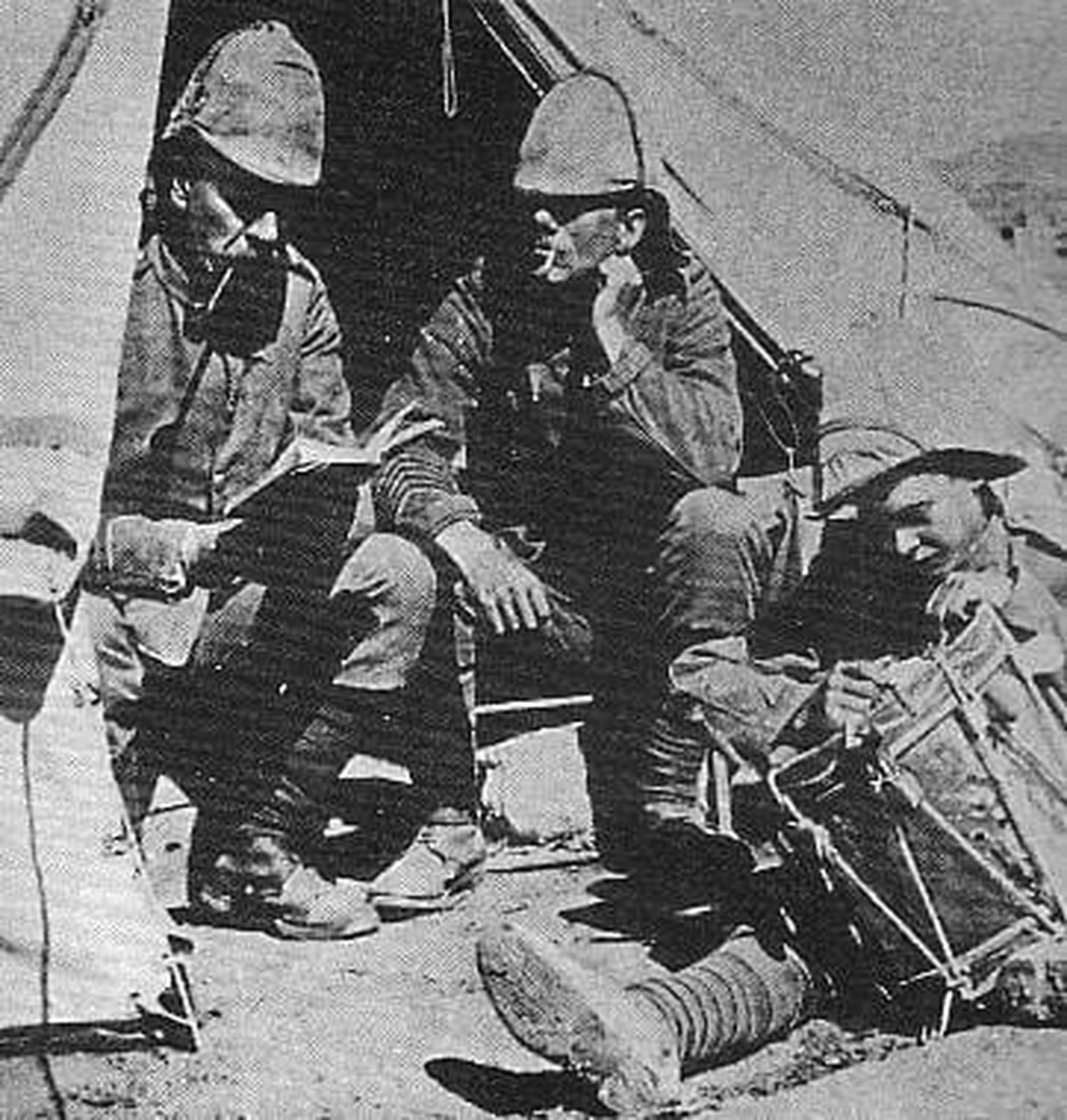 The Second Boer War was fought in South Africa from 11 October 1899 until 31 May 1902 between Britain and two independent Boer states, the South African Republic (of Transvaal) and the Orange Free State, over the Empire's influence in South Africa. The trigger of the war was the discovery of diamonds and gold in the Boer states. It is also known variously as the Boer War, Anglo-Boer War, or South African War.

The First Boer War had taken place in 1880-81 and had resulted the Boers moving northward from the Cape Colony area to the Orange Free State and Transvaal.

The war started with the British overconfident and under-prepared. The Boers were well armed and struck first, besieging Ladysmith, Kimberley, and Mafeking in early 1900, and winning important battles at Colenso, Magersfontein and Stormberg. The British were shocked by these Boer successes and brought in large numbers of soldiers and fought back. The Commander in Chief, General Redvers Buller was replaced by Lord Roberts and Lord Kitchener. They relieved the three besieged cities, and invaded the two Boer republics in late 1900.

The British army seized control of, and annexed the Orange Free State and Transvaal, as the Boer leadership went into hiding or exile. In conventional terms, the war was over. British forces were augmented by locally formed units and volunteers from the British Empire, including Southern Africa, the Australian colonies, Canada, India and New Zealand. British units were also reinforced from Britain based auxiliary forces - Yeomanry, Militia and Rifle Volunteers - as individuals and formed sub units.
The Boers refused to surrender and the size of the British forces, over 400,000, meant the Boers did not fight staged battles but employed guerrilla tactics of surprise attacks of lightning speed and then dispersal and disappearance into the hinterland. As guerrillas without uniforms, the Boer fighters easily blended into the local community which provided hiding places, supplies, and horses and the war continued for several years. British mounted infantry units systematically tracked down the highly mobile BOER guerrilla units. The battles at this stage were small operations. Few died during combat, though many perished of disease.

The British eventually using harsh tactics of containment with blockhouses, strongpoints, and barbed wire fences, partitioned off the entire conquered territory to deny guerrillas local support. This was reinforced with a scorched earth policy where farms and livestock were destroyed and civilians being interned in camps - many of these civilians died of hunger and disease.
The war ended when the Boer leadership surrendered and accepted British terms with the Treaty of Vereeniging in May 1902. The former republics were turned into the Transvaal and Orange River Colonies, and shortly thereafter merged with Cape and Natal Colonies into the Union of South Africa in 1910, as part of the British Empire.

The links below give details of the Volunteer Service companies of The 2nd battalion of the Kings Shropshire Light Infantry and the experiences of the soldiers from Herefordshire.