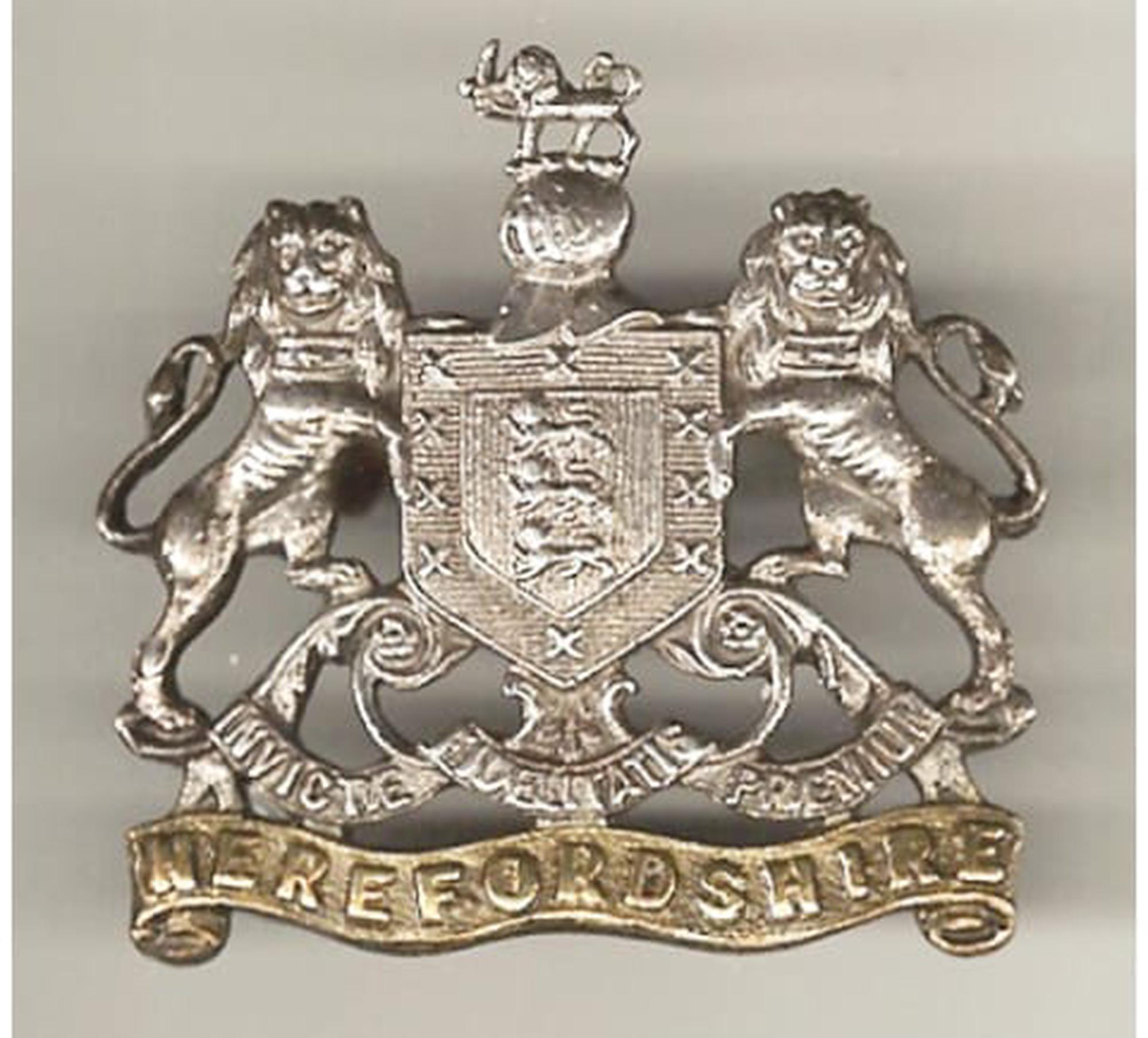 As a result of experiences in the BOER War the Regular and Reserve forces were reorganised and the Territorial Force (TF) was formed in 1 April 1908; this saw the formation of The Herefordshire Regiment. The 1st Battalion The Herefordshire Regiment consisted of a Headquarters at Hereford and eight Companies, although Radnorshire was dropped from the Title, the link remained with two Radnorshire Companies remaining in the Battalion. The Battalion still remained part of the King’s Shropshire Light Infantry (KSLI) family.

The Regiment formed part of the Welsh Border Brigade of 53 (Welsh) Division.

The Officers took the Hereford City Coat of Arms as their capbadge, the soldiers the better known lion.

Their first annual camp was a recruiting parade around the county.