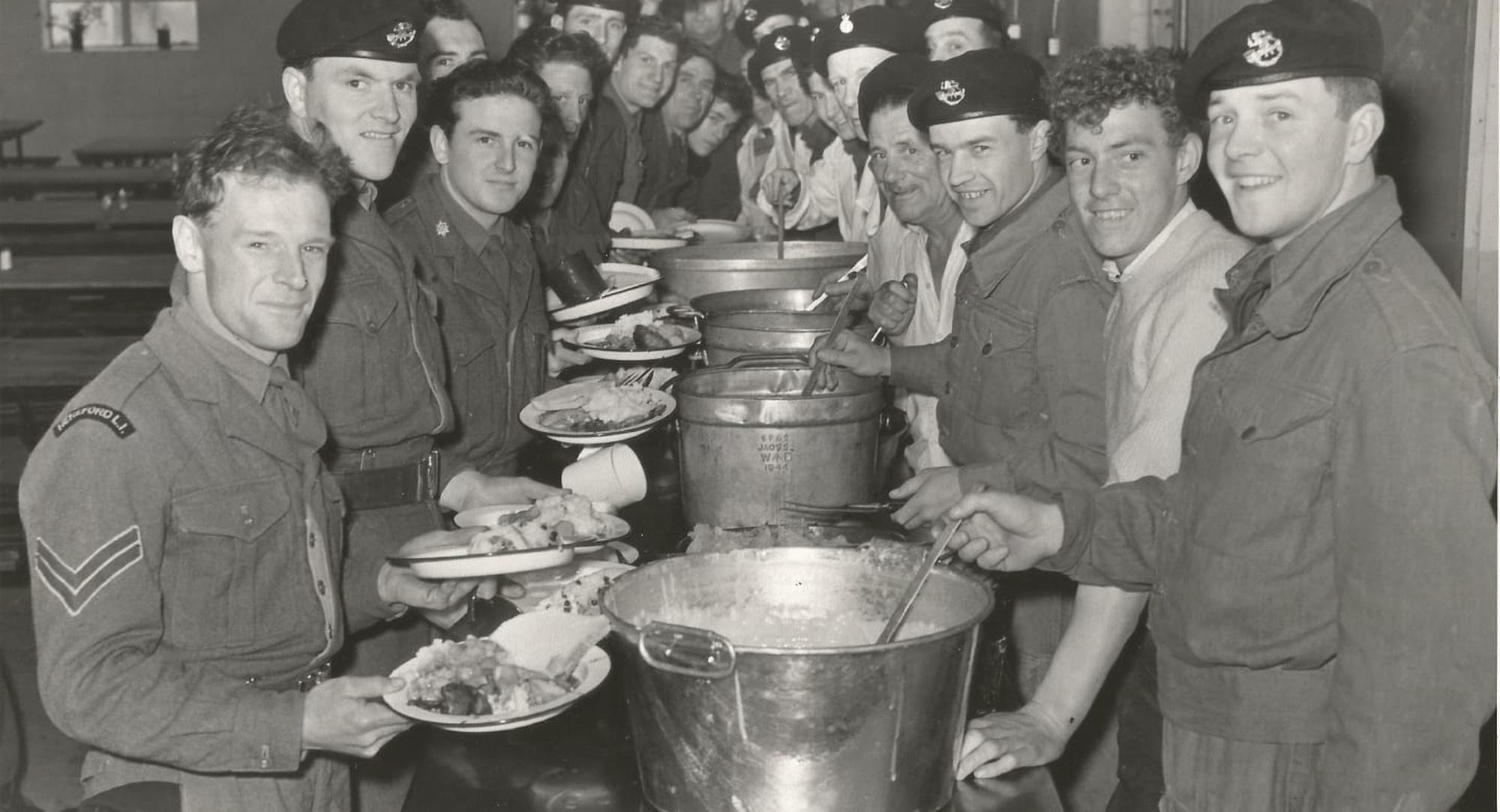 A new capbadge was adopted, carrying the old Regiments motto - Manu Forti (with a firm hand).

In 1950 the Battalion started to receive men returning from National service who were obliged to serve in the TA. This lasted until 1957 when the unit returned to a ‘true’ volunteer unit.

In 1961 the Battalion, as part of 159 Bde became part of 48 Division whose HQ was in Shrewsbury, and wore their shoulder flash consisting of: the gold crown of Offa, King of Mercia (AD 757), superimposed on the red cross of St Chad, on a green square surrounded by a gold border.